This is the second tutorial of Nano Tutorial series, in the first tutorial, I showed how to use Nano with a service called Number Conversion from data access worldwide. Number conversion is a simple service, its request/response structures are quite simple. Today I will show you how to use Pico with a more complex service called Barcode Generator from webserviceX.NET, barcode generator service has a more complex request/response structures, it will return encoded binary image data in the response.

The whole source of this tutorial is here.

Let’s cut to the point:

Download mwsc and run following command in terminal to generate the proxy:

A few comments to the code generation:

Create a simple Android project in eclipse(or other IDE you prefer), then:

Now build the project to ensure it can build successfully.

Below is an eclipse package explorer screenshot after finishing this step: 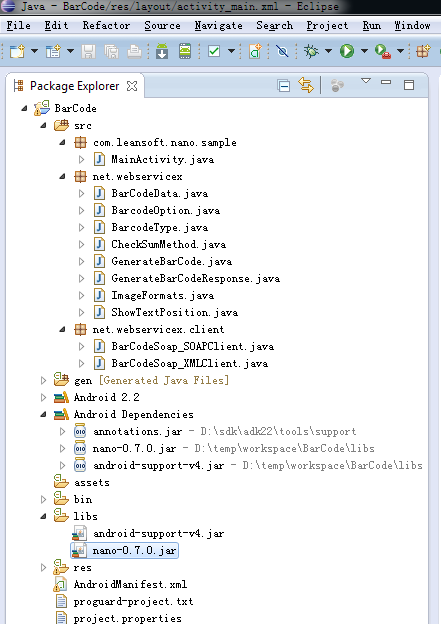 First, create a shared service client as below: 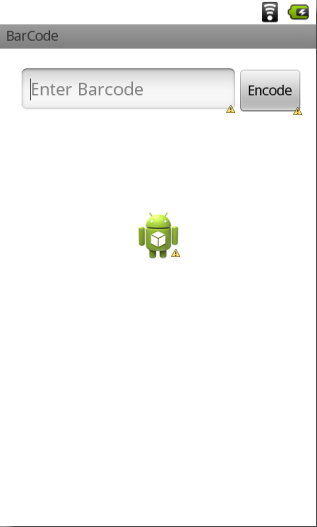 Now implement application logic in MainActivity class as below:

The service invocation logic is quite self explanatory, you get shared SOAP barcode proxy client first, then build encoding request, make API call with the request and registered callbacks, if API call is successful, you just display the barcode image on UI, otherwise, you display error message accordingly using Android Toast UI component.

See a screen shot below: 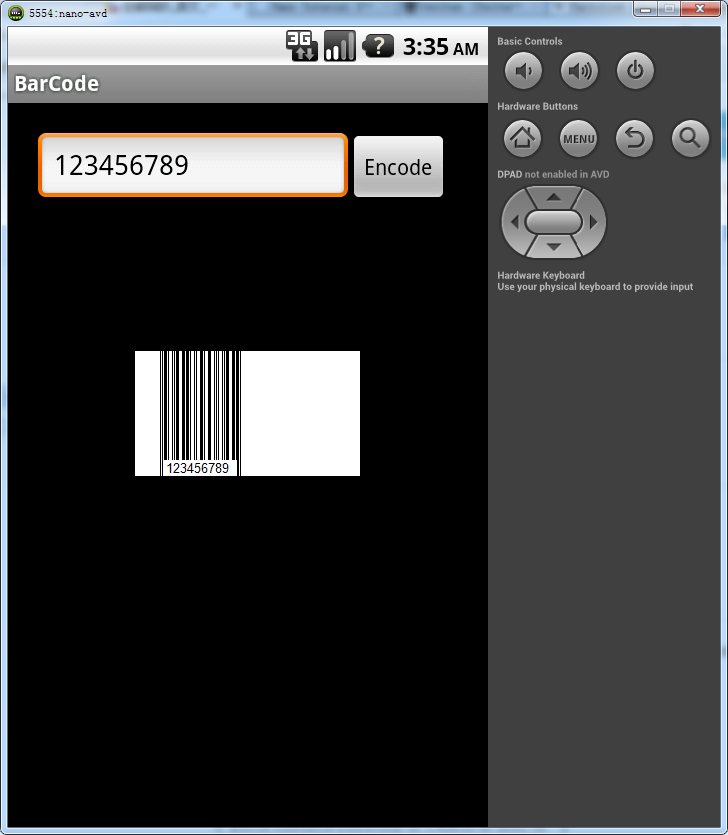 And the debug output: