Since I have built a light-weight XML/JSON binding framework tailored for Android platform, I want to test its performance on Android when compared with typical xml parsers on Android like SAX, DOM and Xml Pull, I will show you detailed test results in this post.

I did the benchmark on my own mobile phone(it was quite cheap when I bought it:)), below is the spec of my mobile phone:

The payload I used is a faked person list, you can find the scheam here and all payloads here, I created these payloads with Nano and an auto-fake data generator called podam. I tested 3 kinds of payload size :

Basically, the size of json payload is almost half of the size of xml, this is because json has a more compact messsage format, the 300 records case is used for testing performance when dealing with big payload size.

Below is the UI of the benchmark application on PC emulator, 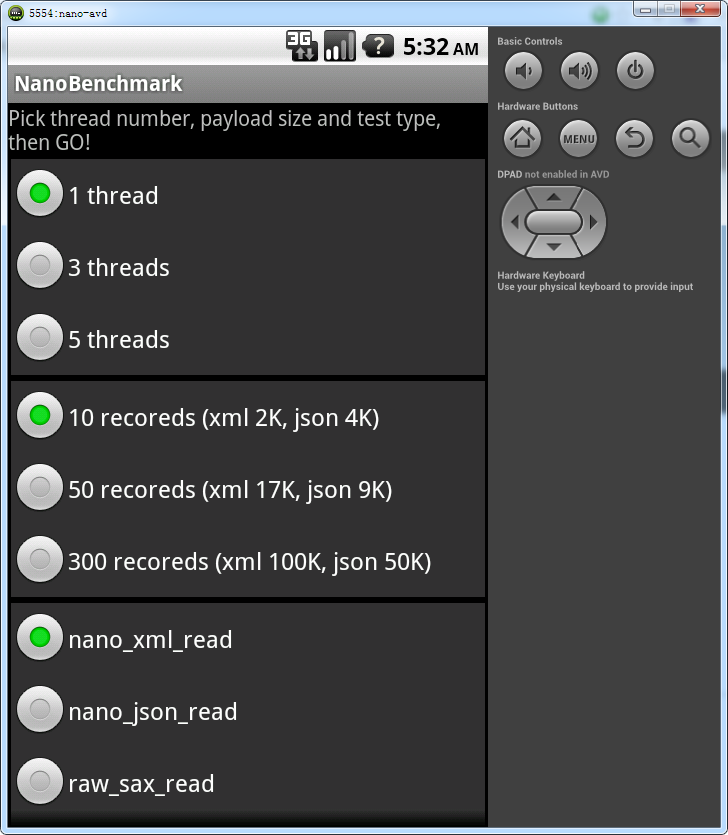 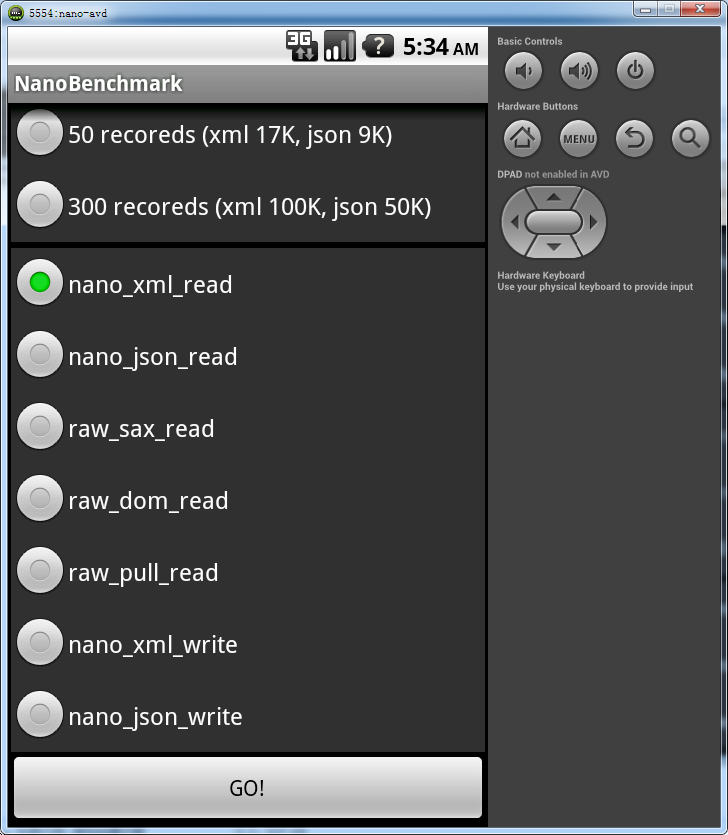 Both Nano XML and Nano JSON perform quite good, in singe thread case they both can serialize 300 records(100KB xml, 50KB json) with less than half second.

Another finding is, there is almost a linear relationship between thread number and performance, when more threads are addded to benchmark, performance will degrade in proportion, considering the computation resource limitation of mobile device, it’s not advisable to do multi-threading xml parsing on mobile device.

If your mobile application is performance critical, Nano JSON or RAW SAX is the way to go, I perfer Nano JSON since its automatic binding feature will have better maintainability and can impove development effciency a lot.
In other cases, Nano XML is also a good choice since it’s a good balance among maintainability, development effciency, readability and performance. This is especially the case when you have a complex business domain, in such case, parsing a large amount of domain class will be a big development headache, never to say later maintenance, instead, the automatic code generation and binding features of Nano binding framework will be a big help in such case.